A couple of years ago a local journalist wrote a very complimentary piece about some food that I made. He was gracious and generous with his praise while making keen observations about the subtle nuances of my flavors. He even made some very flattering comparisons between myself and a chef in Chicago that I looked up to greatly. As a young cook, receiving his first real write up in a city-wide publication his words were about as good as anything I could have hoped for. When I was feeling most exposed and vulnerable,  insecure about my ability to make food that people would like, it was exactly what I needed to hear. I was ten feet tall.

The only problem? The review was total bullshit.

I came to this recollection thanks to Facebook’s “Memories” feature, that little gem seemingly designed to only show you old pictures of your cat that your ex got to keep in the break-up. Recently, Memories reached back into the mists of Internets past, and like some digital Doc Brown, came back with that old article. Looking back on that which I was once so proud, to this thing that inspired such confidence building validation, imagine my horror in finding the description of a meal that a more honest critic would have called “a nice try”.

As I looked back through some of my other old clippings (Yes, I save all of my old clippings. And I keep a back-up on my Mom’s refrigerator.), I noticed a similar phenomenon: reviewers were throwing me a lot of softballs.

So, what was going on? Were Columbus food reviews so inept as to not be able to, and I’ll use one of my new favorite phrases, “taste a fart in the wind”? Did they confuse my food with another, higher quality meal they had eaten earlier? Was I just being hard on myself? (One of the articles featured a picture of a lifeless, pale panini sandwich served on a paper plate. It looked like sandwich night at the Veal household. ) 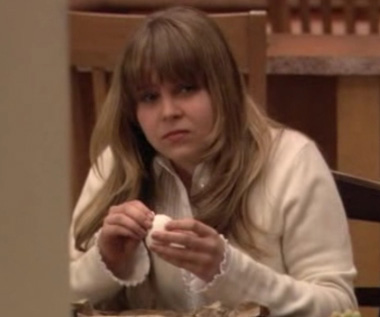 I’ve continued to think about it and I don’t think it was any of those things. I think that these midwestern writers were doing what midwesterners do so well: they were being nice.

After a recent Columbus Knife Fight, the local Chef-vs-Chef cooking competition hosted by The Commissary, a bit of a foodie fracas broke out between some of our city’s most vaulted cooks. A comment, one that could be interpreted as either heavy-handed snark or benign curiosity devolved (or evolved?) into a a scathing indictment of one of the areas most notorious and divisive chefs. (It should be noted that the principal participants in the actual competition, Chef Seth “Water Crackers” Lassak and Chef Marcus “Whipping C.R.E.A.M.” Meacham were both absent from the online altercation, presumably too tired from actually cooking to be folded into the trolling.)

After much airing of grievances, hot dog related and otherwise, the fight appeared to be all but won, the accused trolls had be hammered into submission by a newly formed “fraternity” of culinary justice- think N.W.O. but in chef coats. When, all of a sudden, a mysterious figure, hereto unaffiliated with the brawl, burst onto the scene to assist the battered villain, lashing out at his assailants with a metal folding chair of on-the-nose insults.

And there I sat, watching it all unfold from the safety of my couch, robotically shoveling dry handfuls of Special K Chocolatey Delight into my mouth, eyes locked on my phone screen. Refresh. Refresh. Refresh…

I grew up on the internet. And not the good “country club” part of the internet. I was raised at the corner of Rotten.com & 4Chan. I seen trolling.

And we’ve all grown accustomed to seeing people we know fighting online. Sometimes its your Pittsburgh Steelers crazed friend telling literally EVERYONE from the city of Cincinnati to perform a sex act on themselves that I wouldn’t use in my ISIS-meets-Yall’queda erotic fan fiction.  Sometimes its a academic arguing with a community organizer about the complex moral issues surrounding the force-feeding of Baconators to even the most militant of vegans. Donald Trump AND Bernie Sanders are running for president AT THE SAME TIME. People fight on the internet. It usually annoys me that we are wasting precious bandwith on arguments that would otherwise be spent on cat videos and wild speculation about Steven Avery.

No, my fascination this time was about something different. This, or at least part of it, was connected to niceness. All parties involved, the so-called trolls and the subjects of that trolling, were all operating and reacting to the self-imposed niceness of the city’s food scene.

When crappy food gets a good review the chefs grumble,

They never actually critique anybody. All these shitty cooks get a pass.

And the trolls? They subvert the rule of nice, they reject niceness, and get a rise out of those who follow the rules- ya’ know, like trolls do. And this time, and this is what may be unique, the established chefs, who have so far kept their shit talking to themselves, are pulling back the curtain and publicly “calling out” those chefs who, in a less “nice” town, might be ridden out on a rail.

Are we entering into a new era of honesty? If that honesty and criticism results in a better food scene at the expense of people’s feelings, is it all worth it? Is the price we pay for elevated food culture our relationships with each other?

And what happens to that young, nervous cook who really just needs a kind, if-not-totally honest review to inspire him onto something better?

As I’m writing this a new flame war seems to be developing over on the Instagram. If the catalyst to answering any of these questions is found in digital smack talking, if there is some kernel of truth that is exposed when our amity is gone, and if that truth, once released, precipitates change, we may have answers to these questions sooner than we think.