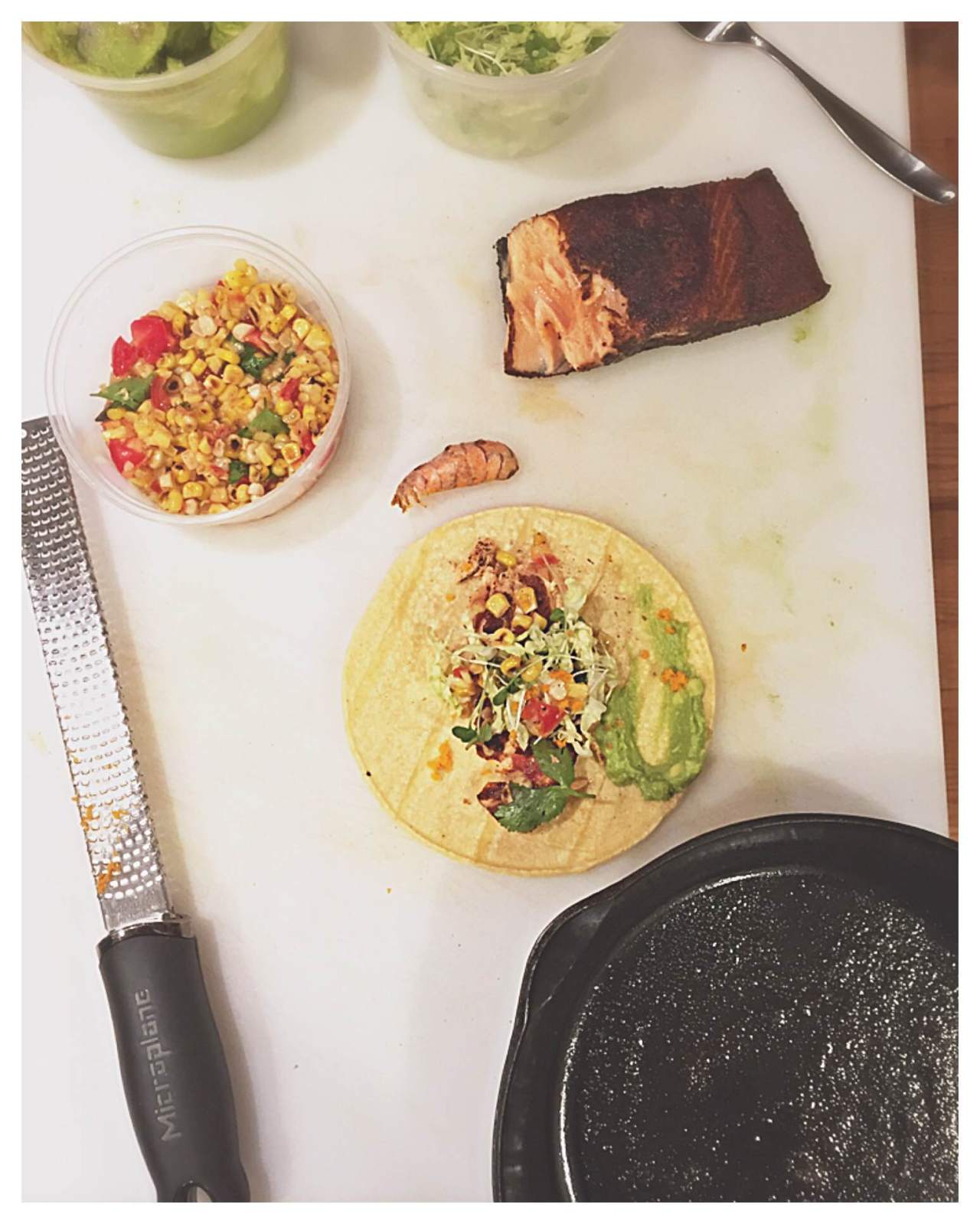 I was ready to go. Like for real, for once, confident that my collective ducks were in a row and I was prepared to leave. I was packed and I had said my goodbyes. Now boarding Flight 001 to Adeventure. I was ready.

So imagine my surprise when I awoke yesterday to storm clouds and an email from my new boss.

Flight’s cancelled.  Best we can do is get you out in the morning. “Relax, Dude, nothing is fucked here.”

I was just about to get comfortable with my disappointment, about to feel really sorry for myself when I saw The Fox. She had put on a stiff upper lip about this trip but I could tell she wasn’t thrilled about me being gone all summer. I could see that the news that I’d be in town for another day was making her happy so I decided to delay the pity party.

We spent a pretty unremarkable day together puttering around the house. It was chill, to borrow the parlance of our time.

At dinner we tossed around the idea of going out, but nothing sounded very appealing. In the rush to get ready we had eaten out the last few nights and we decided that a meal at home would be appropriate. Not having anything particular in mind we sojourned to Lucky’s Market for a bit of inspiration.

Going to the store with nothing in mind to buy is one of my favorite things about cooking. It’s how I get my best ideas. The idea is to buy seasonal produce and let that inspire the rest of the meal.

Last night  we were attracted to corn (not quite in season yet, but on sale) and stone fruit, which is definitely hitting peak season. I love charred Mexican vegetables so I knew that’s what I wanted to do with the corn. The nectarine would substitute the more traditional mango found in salsa for fish tacos. We had a frozen salmon filet in the freezer, so we made it out of the store relatively cheaply.

The only real impulse buy was the fresh turmeric. It catches my eye every time I’m at Lucky’s and I finally caved. I’m really happy I picked it up because it added something special to the tacos. The taste is like ginger hooked up with a radish, resulting in a fresh and spicy earthy-ness that is really unique. It’s also beautiful and according to The Fox it promotes memory function. Don’t skip the turmeric!

The end result, other than some really dope tacos, was that The Fox and I enjoyed one last meal, prepared together, in the comfort of our shared home. We finally got around to talking about some stuff we had put off: expectations for communication while I’m away and some ways to show each other that we love one another from afar. We even came up with a code word designed to “re-set” any conversation that is moving toward conflict; a magic word to take us back to a loving place. To bring us both back home, together. (The word is corncob, if you’re curious.)

I started the day feeling a bit like Keouac’s hero in “On The Road” who expectantly heads out on a cross-country journey, only to become stranded on his very first day and to end up right back where he started. But we made the most of it and ended up, not where we started, but in a stronger place. One that will make the travel that much more enjoyable. And what have we learned?

When you travel, sometimes life hands you fish. Make tacos. 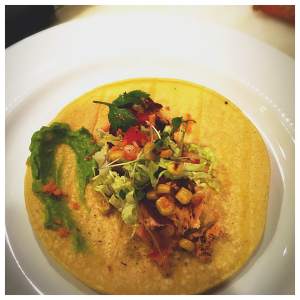 Wash your damn hands then heat your cast iron skillet. Do this dry, no need to add any oil. Throw in the corn and char, tossing so you get some black one all sides. Some of the kernels are going to pop. Attempt to catch popping kernels in your mouth. Cooking should be fun.

Remove the corn from the heat and let cool for a few minutes. Once cool-ish, add to a mixing bowl and combine with remaining ingredients, adding lime juice and salt last. When adding the salt/lime juice, go slow and taste the salsa as you go. Be careful not to overpower the taste of the nectarine. Should be a nice balance between salty, sweet, and sour.

Preheat the oven to 400 degrees. Mix all the dry spices together with the salt. Pat the salmon dry with a paper towel and then cover the fish with the blackening spice. Heat peanut oil in a cast iron skillet over medium-high heat. Heat until the oil shimmers in the pan and is almost smoking. Place the salmon in the pan skin side down. Cook until the fish is cooked just under half way. Flip it and pop that summ’bitch in the oven. Cook another 4-8 minutes, depending on preferred done-ness. Remove from the pan and rest a couple of minutes before flaking and putting on the tacos.

Remove the stone from the avocado and scoop out both halves with a spoon. Place in a high walled container, i like a 1 qt. deli cup and add the salt and some lime. Using an immersion / stick blender, mix well. The goal is to whip as much air into the avocado as possible. You want something really smooth and fluffy. If you don’t have a stick blender just use a fork.

Combine the cabbage and the microgreens. Place flaked salmon on the tortilla. Place a swipe of avocado on one side of the fish. Top with corn salsa and cabbage/microgreen mixture. Using a microplane, grate the tumeric over the taco. Serve immediately.