Well what if you don’t know its broke?

That’s the question I’ve been asking myself since I saw Trident Design’s new Indiegogo campaign. The Grandview based crowdsourcing consultancy firm is pitching to the public their latest invention, dubbed Groov, a self-styled “sleek, stylish, hygienic universal knife block with integrated sharpener.”

I could explain it, but they do such a nice job on their own…

So, is this the knife block of the future?

I like the functionality, especially the scalability. I actually use far fewer knives than there are holes in a typical knife block. I’m rocking a 3-5 knife set at any given time, so I could actually stand a smaller block, but this is a step in the right direction.

I’ve also never actually considered the sanitation of my current wooden knife block, and part of me wishes that the idea had never been breeched in my mind. But here we are.

Only thing I’m not sold on is the ceramic sharpener. It might be okay for an at home chef but I’m not taking the Hitori Hanzo steel across anything other than a whet stone.

Lastly there is the design itself. Sort of an Ikea-Does-Apple kind of vibe. I’m not crazy about the molded plastic or the green, but I think the wood finish is pretty slick. 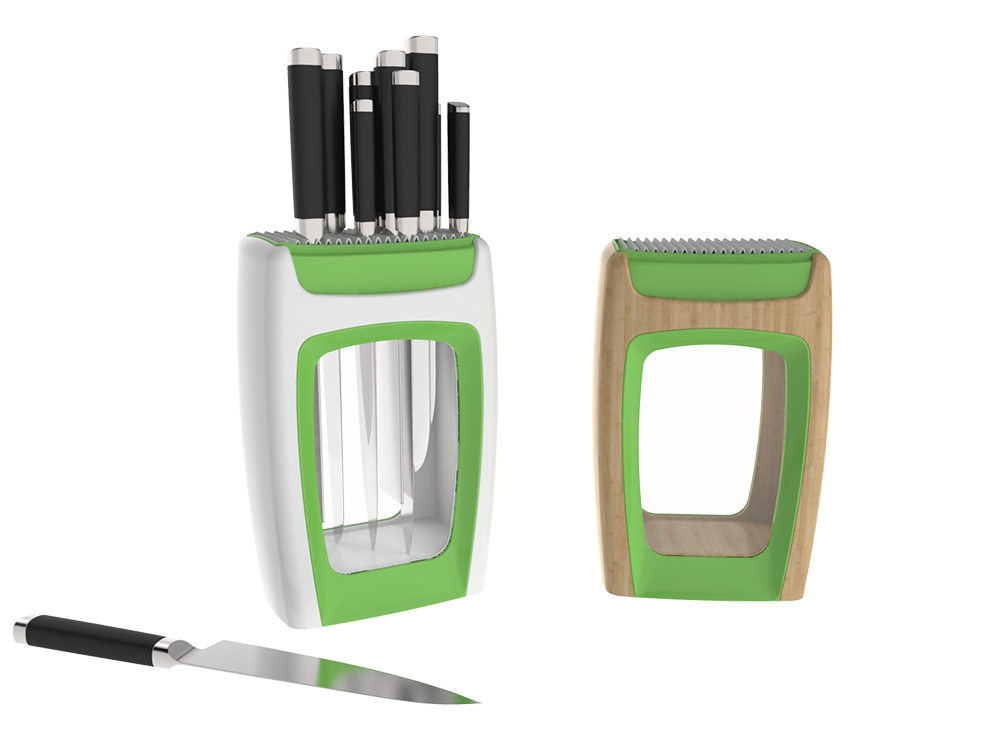 Aesthetics aside, I think this is a really cool idea and I love the fact that its coming out of Columbus! Culinary innovation is too often thought of as strictly advancement in the edible side of the equation. But some of the greatest additions to the culinary cannon in recent years have been hardware: the Searzall, at home sous vide, and the Pacojet to name a few. Will the Groov be placed among these hardware heavy hitters? Only time will tell. Until then, support your local inventors, chefs, and dreamers and pledge some damn money!

To contribute to the Groov’s Indiegogo campaign click here.